Home News Unusual UK Driving Laws You Might be Breaking

With an increasing number of driving laws coming into play, it can be difficult for motorists to keep up with them all. As a result, we’re on hand to highlight the driving laws you could be breaking, without even knowing. Where some have been widely publicised, there are others which are less well-known and could land you in a heap of trouble. 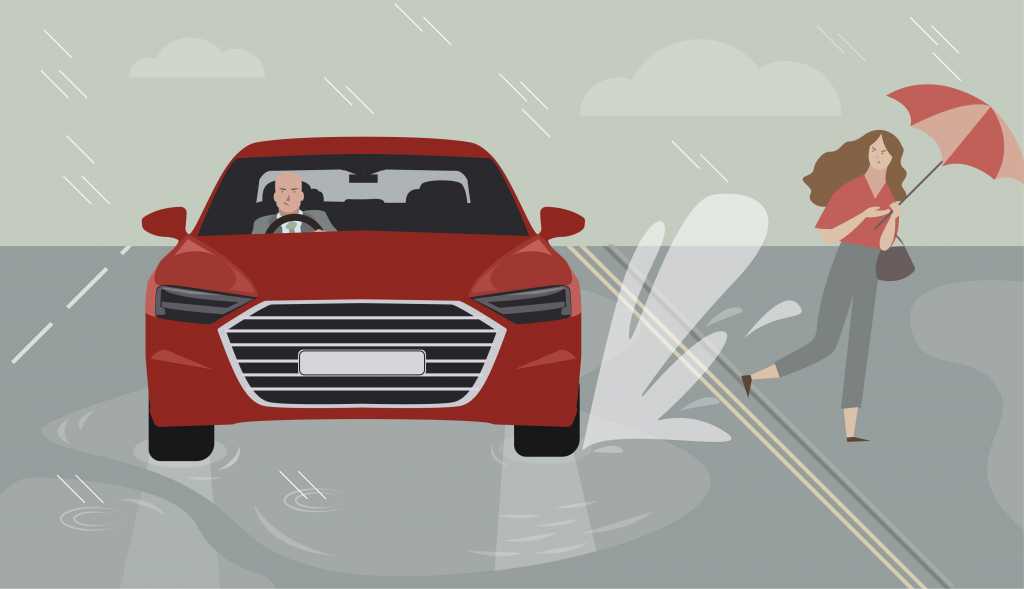 A frustrating occurrence for most drivers who adhere to the speed limit, the police have caught onto people’s bugbears. If you’re pulled over for driving at a considerably low speed, you could receive a verbal warning, or a maximum of nine points on your licence (depending on the circumstances).

Warning others of a speed trap ahead

Flashing your lights to warn other motorists of a speed trap further up the road is an offence, and could even be deemed ‘vigilante justice’. You could receive a minimum fine of £30, or be fined up to £1,000 for obstructing the duty of a police officer.

Taking a nap in your car while intoxicated

Although it may seem harmless to many, it could suggest the person behind the wheel has driven the car while drunk, or may wake up with the intention of driving the vehicle while still over the limit. As a driving offence, you’ll be given a minimum of ten penalty points and a considerable fine.

Using an unaffixed mobile device as a sat nav

Under the new mobile phone driving law, doing this could land motorists with a £200 fine and six points on their licence. In 2017, the fines doubled from an initial £100 fine and 3 penalty points.

Eating and drinking at the wheel

Along with changing a CD and applying makeup, eating and drinking at the wheel is an offence, and could see you paying a fine of £100 and receiving between three and nine penalty points. Although these aren’t an offence on their own, they can be extremely distracting to the driver, and even other motorists who spot you doing it.

Allowing a passenger to hold a baby in their arms

Cradling a baby in a moving vehicle, even as a passenger, is illegal. New child seat laws introduced in 2017 saw major changes to general guidelines regarding the safety of children when travelling. If you’re caught doing this, you could be given a £100 (minimum) fine.

Having a dirty number plate

Allowing dirt to obscure the view of your number plate is a driving offence. Not only this, but it could cause you to fail an MOT. If caught driving with a dirty number plate, you could be given an on the spot fine of £100. Depending on circumstances, you could even be given the maximum fine of £1,000.

From a safety perspective, it’s imperative that all snow and ice is cleared from the roof before setting off. The reason for this being that it could slide off onto your own windscreen and obstruct your view, or it could fall onto someone else’s windscreen, thus obstructed their view. Not only this, but damage could also be caused to other cars if it slides off your roof onto passing or nearby vehicles.

Paying for food in a drive-through with your mobile device

Under new mobile phone law, this is a driving offence. The technological advancements in contactless paying methods has made it more common than ever for members of the general public to pay in this way, with an increasing number doing it at drive-through establishments. If caught, you could be given an on the spot fine of £200 and six points on your licence. If your case goes to court, your fine could be increased to £1,000.

Resting on the hard shoulder

The hard shoulder is for emergencies only, acting as a refuge for broken-down vehicles. It also allows emergency service vehicles to quickly bypass any traffic in order to reach the scene of an accident. Therefore, it’s not meant for people looking to have a quick rest on the side of the motorway. Not only is it dangerous for both yourself and other road users, but it can prevent emergency services from doing their duty. If caught, you could be given a £100 fine and three penalty points. If you find yourself needing a rest, find a service station, park safely and switch off your engine.

Hogging the middle lane of the motorway

An irritating occurrence on the motorway, there’s an increasing number of motorists who insist on travelling in the middle lane. This lane is for overtaking traffic on the left, once that’s been done, you must pull back into the far left hand lane and travel steadily. By hogging the middle lane, you’ll be forcing drivers into the fast lane of the motorway in order to overtake you. With the help of smart motorways, there’s been an increase in the number of people being charged for the offence. If you’re found to be guilty of this, you’ll be given a £100 fine and three points on your licence.

Beeping your horn for any reason other than alerting other motorists of your presence is a driving offence. If caught, you’ll be landed with a fine anywhere between £30 and £1,000 depending on the circumstances.

Splashing passersby as a result of driving through pools of water present on the road is both cruel and completely unnecessary. Therefore, if you’re found to be committing this offence, you could be given three penalty points and a maximum fine of £5,000 if it goes to court.

Letting your dog hang out of the window

Legally, dogs aren’t allowed to put their heads out of a moving vehicle. According to the Highway Code, a dog must be safe, secure and “suitably restrained” while travelling. This avoids distraction to the driver and other road users who may have noticed your dog with their head out of the window. Not only this, but it could prevent severe, life-threatening injury to your pet.

Taking your pet out of a broken-down vehicle
If your car breaks down on the side of the motorway and you’re travelling with a pet, you must leave the pet in the car. As cruel as this may sound, it stops them from panicking and running across three lanes of heavy, fast-moving traffic – which could cause catastrophic damage. Believe it or not, it would be safer to leave them in the car than bring them out onto the side of the motorway.

Leaving the engine running on an unattended vehicle

We’re all guilty of this, especially in the winter. But according to the Highway Code, even when de-icing or de-misting the car, we should never leave a vehicle unattended with the engine on. If the vehicle is stationary, and is likely to be for sometime, you should apply the parking brake, turn the engine off and remove the key. This will reduce emissions and noise pollution, as well as prevent someone else from stealing your car while you’re away from the vehicle. If you’re caught doing this, you could be given a £20 fine, which could be raised to £40 if not paid within the specified time.

Motorway Windscreens are able to provide windscreen repairs and windscreen replacements to both commercial and domestic customers throughout Grimsby, Doncaster, Scunthorpe, Sheffield, Rotherham, Barnsley and the surrounding areas. If you’re in need of our services, including window tinting, ADAS calibration and van conversions, get in touch with a member of our friendly, knowledgeable team today – we’re always happy to help.