The Laws of Window Tinting

Many drivers are choosing to modify their vehicle by window tinting for either decorative purposes, or to improve privacy levels and reduce glare from the sun. However, during the evening when driving conditions are much darker, tinted windows can impair vision on the roads which can have dangerous consequences.

In the UK, there are strict regulations when it comes to window tinting, and those who fail to comply with these rules will be breaking the law. Here, we will discuss the laws of window tinting, so you can make an informed decision prior to modifying your vehicle. 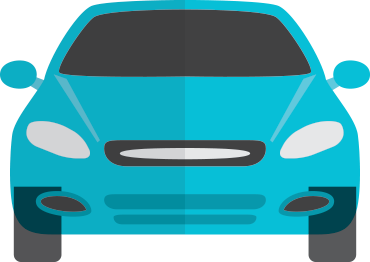 Which Windows can I Have Tinted on My car?

Whilst there are no rules for tinting rear windscreens or rear passenger windows, there are strict regulations that must be adhered to when tinting front windscreens and front side windows. According to governmental guidelines, this varies slightly depending on when the vehicle was first used:

It’s worth noting that the windows on most modern vehicles already feature a slight tint, so incorrectly adding any more tint can result in a failure to comply with the legal requirements. 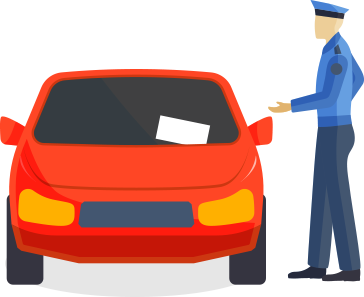 Driving with wrongly tinted windows can have serious consequences for drivers, as well as those fitting or selling the glass. As tinted windows are not part of MOT testing, the police or the Driver and Vehicle Standards Agency (DVSA) use specialist light measuring equipment to diagnose whether windscreens or front side windows are incorrectly tinted.

If they’re too tinted…

If your windows are considered to be too tinted, you could receive a prohibition notice which would prevent you from using your vehicle until the extra tint has been removed. If this notice is ignored and you are caught again on the roads with the extra tint still in place, you can be prosecuted for driving an unroadworthy vehicle. This could end up resulting in a penalty notice or a court summons.

In cases where the police or DVSA do not deem the window tinting serious enough to take such action, they will issue a ‘Delayed Prohibition Notice’ or a ‘Rectification Notice’ which allows the vehicle to be driven on the roads for a specified number of days while the tint is being removed. To prove that the tint has been taken out within the allocated time, the driver will need to provide evidence – such as a receipt from the garage where the work was carried out – to the police station so the notice can be withdrawn.

In addition to receiving penalties, having wrongly tinted windows can also invalidate insurance claims should you find yourself involved in an accident.

How can I avoid having wrongly tinted windows?

Seeking the expertise of a fully qualified professional to tint your windows will ensure the work is carried out safely and efficiently. Now that you are familiar with the laws surrounding window tinting, make sure you find out plenty of information from the windscreen company you are thinking of using to ensure they are experienced in this type of work.

As part of our comprehensive windscreen services, here at Motorway Windscreens we also offer specialist window tinting. Using innovative equipment, all of our window tinting is carried out to the highest possible standard in line with relevant regulations to ensure full compliance.

To find out more about our window tinting service, or to arrange an appointment with one of our expert technicians, please get in touch today.