Advanced Driver Assistance Systems (ADAS) are electronic systems that have been installed as a precautionary measure in relatively new cars (and are sometimes required by law) to help minimise the risk of road traffic collisions and other automotive accidents on the road. When designed with a specific human-machine interface, ADAS can drastically increase general car and road safety, a revolutionary development for the automotive industry. 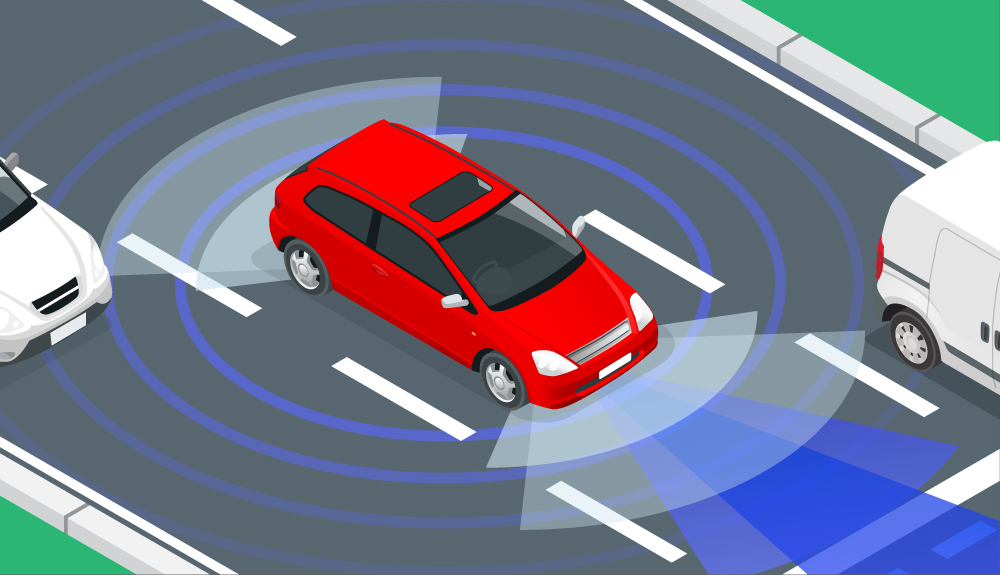 ADAS is a technological advancement in the manufacturing of automobiles and it’s not limited to installation in cars alone. In some countries, it’s mandatory to have some form of ADAS installed in SUVs, trucks and lorries to ensure the safety of other road users. With most traffic accidents occurring as a result of human error alone, ADAS aims to mitigate this using state-of-the-art technology which could soon become the norm in cars and other automobiles across the country.

In 2018, there were 25,511 incidents of serious injuries as a result of road traffic accidents that were reported to the police. As ADAS technology advances, the number of road traffic accidents seems to have dropped over a considerably short period of time. In 2018, there were a total of 160,597 casualties of all severities from reported traffic accidents, this figure is 6% lower than the previous year, making it the lowest level on record in the UK. The rate of fatalities per billion vehicle miles has also fallen from 5.43 in 2017 to 5.38 in 2018, which is a 1% drop.

ADAS has contributed to the drop in numbers, mainly because ADAS can be installed on your vehicle in many different ways. ADAS technological features include, but are not limited to:

Many of these features are already included in modern vehicles, although when buying a brand new car, more ADAS technologies can be added at an extra cost.

ADAS and the law

As the benefits of ADAS increase, countries around the world are looking to make ADAS on automobiles mandatory. There are already some requirements for new vehicles under European law, including:

Autonomous Emergency Braking Systems (AEBS) – this senses that a collision could occur ahead, and will then automatically brake to avoid it. EU General Safety Regulations 661/2009 requires that all medium and heavy commercial vehicles are fitted with AEBS.

Lane departure warning systems (LDW) – this will warn the driver of an unintentional lane departure. All medium and heavy commercial vehicles are required to be fitted with LDW under EU General Safety Regulation 661/2009.

Electronic stability control (ESC) – this detects loss of traction (skidding) and attempts to mitigate it. It does this by applying the brakes to specific wheels and/or the engine brakes. All vehicles must be fitted with this under EU General Safety Regulations 661/2009.

Automatic braking systems (ABS) – ABS monitors the speed of the wheels, independently applying the brakes to individual wheels to prevent them from locking when the driver makes an emergency stop. Most modern cars come with ABS as a standard safety feature.

Despite EU regulations ensuring a selection of automobiles are fitted with ADAS, the European Commission has announced that all new cars are to be fitted with at least eleven safety features by 2021 – something which is to be made compulsory. Included in the proposal is autonomous emergency braking (AEB), lane-keep assistance and fatigue monitoring systems.

According to The Express, these new measures have the potential to save approximately 7,300 lives over the next ten years. It could also prevent 38,900 serious injuries in that time, too.

Another ADAS feature which could be introduced is intelligent speed assistance, something which the driver will be able to override. This new system has the power to automatically set the top speed a car can travel based on the road speed limit, all of which is possible by working in conjunction with traffic sign recognition cameras and the speed limiter of the car.

David Davies, who works for The Parliamentary Advisory Council for Transport Safety (PACTS) claimed that the new rules would act as a “free lunch” for the Government, as the introduction of this new feature would “not require Government spending”, instead saving them billions of pounds.

Here at Motorway Windscreens, we understand the importance of ADAS systems in modern vehicles, and so it’s imperative that everything is working as it should for your optimum safety and the protection of other road users. We’re able to carry out ADAS calibration on your vehicle, ensuring you feel safe and secure when out on the road.

For more information about the services we offer, including windscreen repairs and window replacement, get in touch with a member of our knowledgeable team today – we operate throughout Grimsby, Scunthorpe, Doncaster, Barnsley, Rotherham, Sheffield and the surrounding areas.